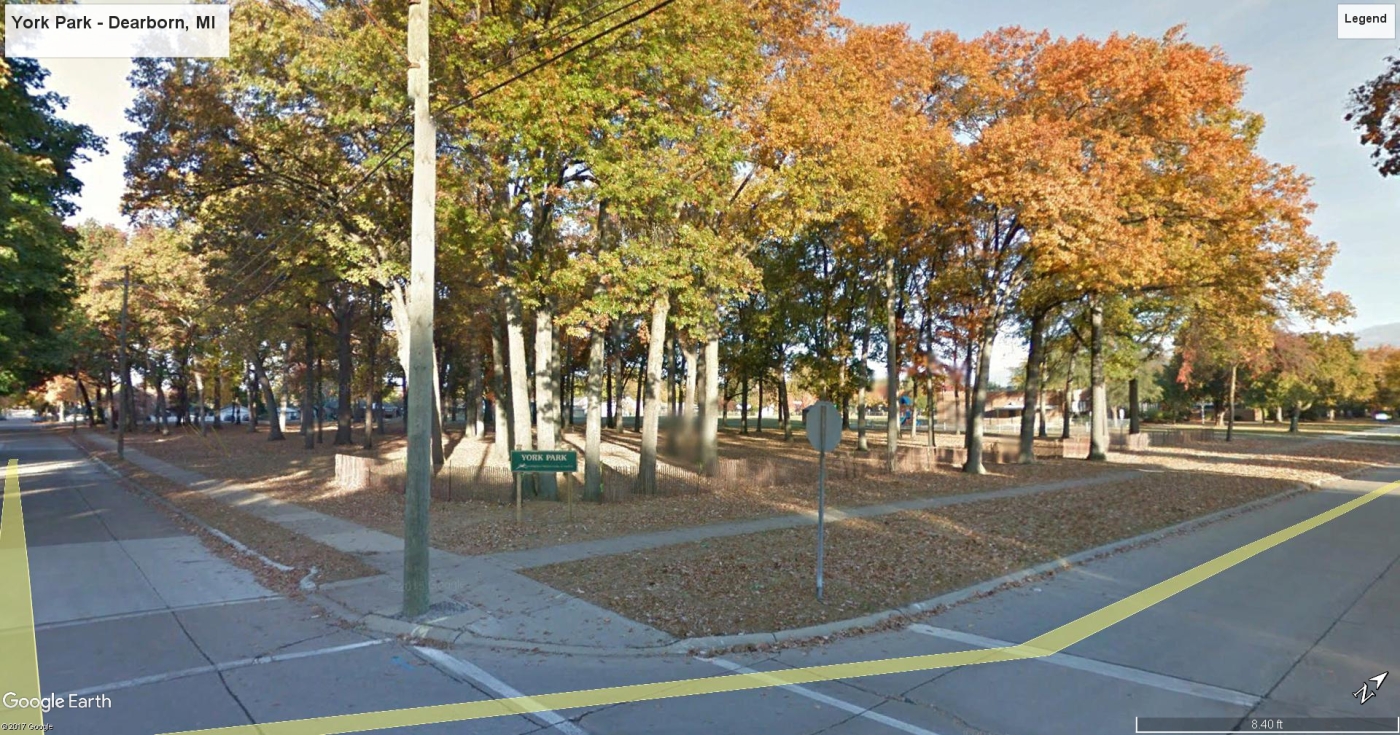 It was an absolutely spectacular day to be six years old. The sun was shining, a few fluffy clouds spotted the bright blue sky to give it a bit of texture, and there was a breeze that was just cool enough to raise the goosebumps on my arms. It was the kind of day that required a light spring jacket which would be uncomfortably hot about halfway through a bike ride. Coincidentally I did exactly that, after asking my mother’s permission, of course. I told her I was going to the park just across the street to play on the playground. I may have had every intention of swinging on the swingset or sliding down the dark-green, plastic slides that would charge me with static electricity. It made the hair on my head stand on end after simply thinking about taking a trip down the chute, the funny thoughts inside personified as the thin, blonde fibers whipped and bobbed in the wind, my little legs carryied me swiftly to the next fleeting whimsy.

But that’s not what I did. Instead, I looked both ways to cross the street, scurried across like my life depended on it, and saw my target: a flock of pigeons just asking to be spooked. I wove between the humongous maple trees that stood like Roman pillars, holding a canopy of light green between the cloud-spotted sky above, and me. Miniature clearings developed naturally between the trees, and in the middle of one of the clearings, the soon-to-be horrified fowl. The trees whirred past as I reached breakneck speed; I swore I was dragging knee as I turned sharply between them.

I always had dirt-and-grass stains on the knees of whatever pants I happened to wear. I was always kneeling to look at bugs, pretending to be an animal (usually a proud lion or stealthy tiger), or falling because I was woefully uncoordinated, and I usually was fighting an adversary that inevitably would knock me to the ground as I protected the princess’s honor. Usually something ginormous like a dragon or tyrannosaurus-rex, but they were still no match for me. I was fearless, intrepid even.

On that gorgeous day, I had no such intentions of scuffing my jeans (though I hardly needed any), but as fate would have it, I’d be nearly bloodied by nemesis.

As the trees swished past my face in a blur, I acquired my target: a flock ripe for the terrorizing. I lined the bike up, pedaled harder and faster than ever before and ever after that day, the birds bolting off the ground, one by one at first, and then all as one mass. But something was wrong. Nearly all of the birds flew away. My mission was nearly accomplished. The single, lone bird that refused to flee happened to be standing right in front of me.

I had no time to dodge. I had no time to bob and weave as I had done with the trees. I wasn’t a horrible kid, I had no intention of shooting to kill. I was just having a little fun. My mind raced faster than my bike (which was a wonder since I was already nearly as fast as a race car), but I didn’t have time to consider options and consequences. In one deplorable motion, I laid the bike down. It sounds so much calmer when I put it that way… In one catastrophic, decisive movement, I torpedoed into the ground, leaving a crater the size of the Grand Canyon in my wake. Sticks, leaves, dirt, and debris plumed into the sky in the shape of a mushroom cloud, and before I knew what happened, I was twisted on the ground. I’m pretty sure I lost a shoe. That was the day my helmet saved my life.

As I gathered my sprawled limbs, I patted myself down to make sure I hadn’t lost an ear or anything important like that. My bike continued on without me for a couple hundred feet, but my mind hadn’t turned to that yet. Still in the army-crawl position, I turned my head with a premature flinch, certain that all I left behind of the poor, aloof bird was a smoking pair of legs, still standing, bodiless, like the kind you’d see in the cartoons. As I slowly surveyed my crash site, my heart leapt; the victim turned to become the attacker, and frozen in place, I shut my eyes tight, muscles clenching as I braced for the onslaught.

A few seconds passed and I didn’t feel a peck or a body slam or any other sort of barrage as one would expect from a put-off bird. Instead, I heard the most adorable, petite chirp. I opened my eyes and let out a chuckle as, staring me directly in the face with something resembling sympathy, a little, golden duckling scanned me for injury. I supposed that was the intent, anyways.

I sat upright, noting the deep brown and green scuffs in my jeans, the right knee exposed and frayed threads holding the now-asunder denim. The duckling jumped up onto my lap and scurried beneath my jacket, shaking. I was now mother duck, and my jacket fold was my shielding wing. I giggled as it ran around me, prodding every once in awhile to decide what all of me was. I didn’t know if I should touch it or pet it or simply leave it alone. What I did know was that I wanted to go home and have my mother assess my injuries because I still ached.

So I made the trek to where my bike’s journey ended, stood it up, and made my way home. As I walked, I thought I’d hear the duckling’s voice grow more distant, but it seemed to stay at the same level as when I hit the ground. I turned around and looked down and at my heel was the little duckling. I didn’t want to hurt it or pick it up, so I tried shooing it by waving my hands halfheartedly, secretly hoping it wouldn’t listen to me.

The walk home was a slow one, I didn’t want to lose my new friend, especially since it had chosen to follow me, and what kind of mother duck would I be if I left the little soldier behind? We looked both was and started across the street. Something inside me felt awry since I was not able to hold the duckling’s hand or wing or whatever you hold on a duck to cross the street, but we had to continue on despite our flaws: such is life.

My house was the second on the left, and my new friend and I made it all the way there all by ourselves. I knocked on the side door, which I’m sure caught my mother off-guard, since I rarely even knocked the bathroom door when I needed to use the potty. She looked me up and down with a questioning look of, “What have you done this time,” and saw the duckling standing politely next to me, not making a peep so as to win over my mother’s heart.

“Can we keep him?” I implored. She laughed and stooped over, startling the little guy as he ran to put me between him and her, “I don’t see why not. What should we name him?” “Buddy!” I smiled and hugged her. I had always wanted a pet.

She gently scooped him up with the care of a real mother and grinned from ear to ear. Keeping him tight yet tenderly in her hands, we searched for a cardboard box to house him in, lined it with a soft towel, and placed two dishes on the bottom: one for water and one with grass (because every child knows ducklings eat grass). We kept his new house in the back room which was open to the elements, but closed in as part of the house so that if he tried to escape, he would never get too far.

In truth, I don’t remember how long we kept him. I remember putting on my same spring jacket and kneeling on the ground so he could be comforted under my wing, flipping a Frisbee upside down and filling it with water for his bird bath, and playing other games with him in the back yard. I won’t tell the story of what happened to him just yet because I’m having too much fun with this happy memory, but he was small and cute and golden the whole time I knew him, and he was my buddy.

We don’t have trees and parks like this in Arizona, and there’s something about huge cacti that is not nearly as whimsical as a maple tree. If you look directly behind the octagon of the “Stop” sign and a little to the left, you can see the clearing where I nearly ran over Buddy, and he followed me from there to the street crossing in the bottom right-hand corner of the picture. Two houses to the left is my childhood house where I lived fifteen years ago.

One thought on “Buddy the Duckling”

A trip through life with fingers crossed and eternal optimism.